The story of the stuff by annie leonard essay

Pathological consumption has become so normalised that we scarcely notice it. They seem amusing on the first day of Christmas, daft on the second, embarrassing on the third.

May 27th, By Joshua Lim Category: Featured Articles This a guest post by Joshua Lim. He spent a few years in college as a Baptist before moving back to a confessional Reformed denomination URCNA prior to entering seminary.

He was received into full communion with the Catholic Church this year on April 21st, the feast day of St. 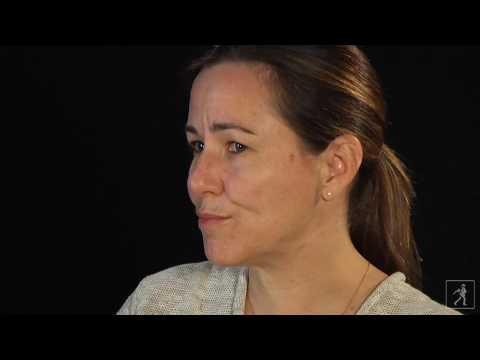 He plans on continuing his studies in systematic theology. Joshua Lim It is hard to pinpoint any single factor that led to my conversion. Before coming to an actual decision point, I had never considered Catholicism to be an option for anyone in search of truth; even when I was most open to it, I would have sooner turned to agnosticism than to Rome.

And yet, here I am, a Roman Catholic — and a happy one, at that. In order to understand why I converted to Catholicism, it is perhaps best to begin with my move from broad evangelicalism to a more traditional expression of Protestantism.

I was born and raised in the Presbyterian church. During high school, thanks to one devoted pastor, I began to study the Bible seriously and ended up leaving the Presbyterianism of my youth and becoming a Baptist.

The Baptist church I subsequently joined was generally Calvinist and was composed of college students and young adults who were very fervent in their devotion to the Lord. The pastor and elders highly emphasized sola scriptura, community, holy living, revival, and missions.

While theology was prized, there was, in my opinion, an anti-intellectual ethos, and the study of too much theology, which was often held in contrast to the Bible, was sometimes frowned upon. Despite the relatively small size of the church, or perhaps because of it, there was a sense that, in many ways, we were the only truly biblical church.

Over time, I began to grow uncomfortable with the arbitrariness of such a small and isolated church structure the pastor seemed to have as much authority as the pope ; this, combined with my own Luther-like angst caused by the almost solely sanctification-driven sermons as well as a youthful zeal on my part ultimately pushed me toward the more traditional Reformed expression of Protestantism.

Eventually, through the writings of Geerhardus Vos and Meredith Kline, I ended up rejecting Dispensationalism; further study led me to the writings of Michael Horton, who emphasized the centrality of the preached Word as well as the regular administration of the Sacraments which were, in good Protestant form, two: I came to greatly appreciate the sacraments as well as the liturgical form of worship in contrast to the often inconsistent and subjectivistic tendencies of the majority of evangelicalism.

Moreover, my law-induced angst was alleviated by the gospel of free justification sola gratia et sola fide. Yet, it was not very long until my Nietzschean drive for truth was left desiring something more. Though Barth vehemently denounced Catholicism, I still found a certain Catholic tendency, an ecumenical spirit, if you will, throughout his work.

It was his writing that gradually opened me up to actually listen to opposing views; not in such a way that made me invulnerable to criticism—reading opposing views through my own lenses—but rather attempting to understand each view according to its own perspective and presuppositions. I also began to read the Bible in this way; rather than interpret the text in such a way so as to accommodate a certain notion of justification sola fide, I tried to understand how other traditions understood Scripture; and I often found these competing interpretations to be, in their own right, very compelling.

This, no doubt, left me highly dissatisfied with the Reformed confessionalism that I had come to love. While I initially believed these narratives to be true, it became harder for me to see such distinctions as anything but an arbitrary defense mechanism.

Yet, it was unclear how such a recovery could not immediately devolve into the in-fighting typical of Reformed denominations indeed, it seems impossible to even get to the point where such a devolution could occur.urbanagricultureinitiative.com Gallery of Books And Toys courtesy Arvind Gupta the Toy Maker.

Jul 16,  · Elmore Leonard article in series Writers on Writing cites rules he follows to help him show rather than tell what's taking place in story; photo (M). Dear Twitpic Community - thank you for all the wonderful photos you have taken over the years.

We have now placed Twitpic in an archived state. Pathological consumption has become so normalised that we scarcely notice it.

By George Monbiot, published in the Guardian 11th December Pathological consumption has become so normalised that we scarcely notice it.

By George Monbiot, published in the Guardian 11th December